How does fertility treatment with gamete donation work?

This type of fertility treatment involves the use of gametes – eggs, sperm or embryos – donated by someone else to help conceive a baby, such as egg donation. Based on data from the Human Fertilisation and Embryology Authority (HFEA), around 1,750 babies are born every year in the UK using donated gametes. Gamete donation, whether it be sperm, egg or embryo, may be very appealing but often induces a variable range of emotional, personal and social thoughts. It is therefore essential that women and/or couples are provided with specialised and extensive counselling, which can allow us to identify and accept the issues involved in such treatment.

Who may egg donation be suitable for?

Egg donation which may help women who have been diagnosed with premature ovarian insufficiency (early menopause), or who have been born without normal functioning ovaries. Women who have a low ovarian reserve and may have had repeatedly unsuccessful IVF treatment cycles or those who are carriers of genetic disorders may also benefit from fertility treatment with egg donation.

What are the different types of donors?

There are varying categories of egg donors, which include:

Anonymous donors:  these donors have been promised that the recipients and their offspring will never be given identifying information.  This is the rule in Greece but can no longer be guaranteed in the UK.

Altruistic donors:  this is the term used for egg donors who are not going through a cycle of treatment themselves. In Greece, all donors are altruistic and any payment to donors is strictly forbidden. The rationale behind this regulatory view it that it will deter any candidate donor from potentially exaggerating their desirability (e.g. educational and professional achievements) or withholding important parameters such as a family history of illness. The EU Tissues and Cells Directive states that EU donors should not be paid for donating but can only be compensated for inconvenience.  Clinics outside the EU are not bound by this directive.

Identifiable donors:  the identifying details of such donors may be released at a certain age to the offspring. This has become the law in the UK since April 2005 and the which the offspring have a right to the identifying information when they turn 18.  This does not guarantee that the donors can be found, as they may have relocated. There is no guarantee that they will be available or willing to meet your child. Unlike the UK, the identity or contact information of the egg donors in Greece is not available to recipient women, couples or the offspring.

Known donors:  such a donor is someone whom you may have known for some time. The use of known donors is allowed in the UK. In such circumstances, it is advisable to draw up an agreement with your donor stating the intentions of both parties for the future.  This will not necessarily be binding in any future court action but it will serve as a document of intent. The use of known donors may be associated with considerable complexities and is not permitted in Greece.

Family donors: this is where a family member donates their eggs or sperm. The use of family donors is not permitted in Greece.

Egg-share donors:  some clinics will offer younger women the option of donating some of their eggs in exchange for reduced charges or free fertility treatment. The recruitment of such donors is not performed under our care.

How are potential donors recruited and screened?

As we discussed, egg donors in Greece are altruistic and anonymous. It is mandatory that egg donors are less than 35 years old. Our particular preference as a team is to give priority to donors less than 30 years old with a proven previous fertility record. Under the Code of Practice of the Greek National Authority of Assisted Reproduction (http://eaiya.gov.gr/en/) the recruited egg donors are screened thoroughly via a detailed medical history, which includes previous medical- surgical-gynaecological-fertility-family-lifestyle history. The donors subsequently undergo a thorough, medical screening process, which includes:

-FRAXA screening for fragile X syndrome, which is a syndrome associated with severe learning difficulties and is linked to mutations in the X chromosome.

Similar to the HFEA Code of Practice and the HFE Act, there is 10-family limit, which applies to all gamete donors in Greece.

What is the Athens Reproductive Care pledge to all women and couples?

Our goal for each potential recipient is the procurement of 10 donated oocytes from an altruistic egg donor with a proven fertility record and no history of subfertility or other relevant medical conditions. The procedure of matching you to the best possible donor starts with phenotype matching. During this process, the medical team aim to ensure that the donor and the recipient woman share similar external characteristics and features. The donors are selected from a large database and the recipient woman or couple will be offered up to three different suitable, matched egg donor candidates. There is minimal or (in most cases) no waiting time and the timing of the treatment will solely depend on the recipient woman’s decision to proceed with a particular donor. 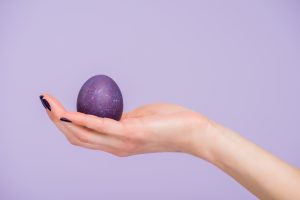 Once the appropriate donor has been matched to the couple, the couple are informed and following their approval, ovarian stimulation of the donor begins. Once the projected date of the oocyte retrieval has been finalised, the couple are informed. Traditionally, the couple do not need to travel to Athens unless the male partner opts to produce fresh sperm for the treatment. By law, a recipient patient may only have fertilised eggs from one donor transferred in situ. Once the embryos have been cryopreserved, the recipient is informed and the recipient cycle is scheduled.

The preparation of the egg recipient, the ultrasound monitoring and the embryo transfer will be performed by Dr. Christopoulos through direct, one-to one care at all stages. We understand

What are the steps of an egg donor-recipient cycle?

Treatment for the donor and the recipient woman may be run simultaneously. The treatment of the egg donor consists of a normal IVF cycle, with drugs to stimulate the ovaries for multiple egg growth. The cycle is monitored carefully as expected for IVF cycle and the eggs are retrieved by the transvaginal technique under ultrasound guidance and under sedation. The collected eggs are subsequently inseminated with the sperm of the egg recipient’s partner or a donor and, if fertilisation occurs, embryos are transferred directly to the recipient. Another method is to obtain eggs from the donor, inseminate them with the recipient’s partner’s or donor’s sperm, safely freeze any resulting embryos and transfer these at a later date to the recipient. Most couples prefer the latter system as it allows for safer planning, organisation and fewer cycle cancellations.

How important is appropriate counselling and preparation for egg donation?

Counselling is a great opportunity to thoroughly discuss the implications of donor conception with a specialist counsellor not emotionally involved in the process.   Taking up an offer of counselling or seeking it out does not mean you are weak or suffering from mental health problems.  In essence, it means you are recognising the particular nature of using donated gametes for family creation. This approach will give you the best chance of being a strong and healthy donor conception family by talking through the issues.  Counselling can also be very helpful for many people to decide whether or not donor conception is actually right for them.

All couples undergoing treatment with gamete donation with Athens Reproductive Care will be offered implications counselling sessions with top counsellors in the UK or Athens. These experienced counsellors work independently to ensure that the advice given to you is impartial and individualised to your needs.

Which treatments are not allowed in the UK, Greece and the EU?

Treatments that are not allowed by the HFEA and the European Tissues and Cells Directive include gender selection and the transfer of large numbers of embryos potentially resulting in a higher order pregnancy. ‘Tandem cycles’ refer to cycles where embryos are created with both donor eggs and the woman’s own eggs and then nurtured to maturity.  Where embryos of both types are transferred, only subsequent DNA testing could prove which embryo had produced a pregnancy/resulting child.

These procedures are not allowed in the UK and Greece for ethical reasons.  With regard to the transfer of more than two embryos the One-At-A-Time website shows that putting back more embryos does not necessarily improve your chances of a healthy live birth. We would recommend reading the information on their website before agreeing to multiple embryo transfers. https://www.hfea.gov.uk/about-us/our-campaign-to-reduce-multiple-births/

Each partner in a couple seem to be handling the option of donation differently.  Is this OK?

Men and women often have dissimilar approaches to decision-making, especially with issues that have a considerable, emotional component. Sometimes men may prefer not to talk about their own or their partner’s fertility problems, whilst women would like to have an open conversation about them.  Men may often prefer either not to think about it at all or to spend quiet time researching on the internet, but preferably not reading books.  Women like to chat on fertility forums, research the internet and read anything they can get their hands on.  These are stereotypes and there are significant numbers of men and women who do not conform to their gender type. The key is to find a way to respect each other’s way of dealing with the situation, move forward together in your decision making and select a medical team known for their expertise, empathy and attention to detail.