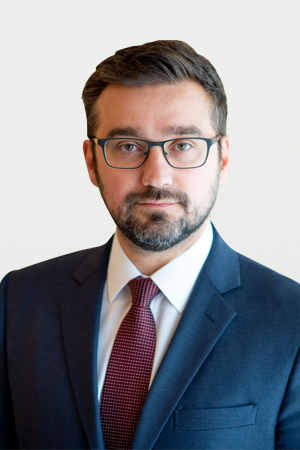 George Christopoulos is a Consultant Gynaecologist and accredited Sub-specialist in Reproductive Medicine and Surgery by the Royal College of Obstetricians and Gynaecologists. During his 15-year-long career in the UK, he has worked as a Consultant in Reproductive Medicine at University College London Hospital and as a Clinical Director at Thames Valley Fertility. He is currently an Honorary Senior Lecturer at Imperial College London.Mr Christopoulos completed his training in Obstetrics and Gynaecology in tertiary NHS units, including Guy’s and St Thomas’ and Queen Charlotte’s and Chelsea Hospitals. He worked as a Clinical Research Fellow in Assisted Conception and subsequently completed his subspecialty training in Reproductive Medicine and Surgery in Hammersmith Hospital.

He holds a Postgraduate Diploma (PGDip) in Advanced Gynaecological Endoscopy from the University of Surrey and has received extensive training in laparoscopy and hysteroscopy in Endometriosis Centres accredited by the British Society for Gynaecological Endoscopy. The doctor also holds a Diploma from the Faculty of Sexual and Reproductive Health (DFSRH) of the Royal College of Obstetricians and Gynaecologists.

Mr Christopoulos has a significant research background. He has published extensively in the field of assisted conception and his research interests include uterine fibroids, polycystic ovarian syndrome and the prevention of ovarian hyper stimulation syndrome. His MD at Imperial College London focused on the use of novel medication, which aimed to decrease complications and improve the safety profile of IVF cycles. This research project received widespread attention from the scientific community and the media both at national and international level. He has received multiple awards at international fertility meetings and has authored a book chapter on fertility preservation methods.His special interests include reproductive endocrinology, menopause and the management of male infertility. He has been a member of the British Fertility Society and Royal College of Obstetricians and Gynaecologists since 2012. His philosophy has always been to tailor medical treatment to the individual needs of women and couples through a clear and evidence-based approach.